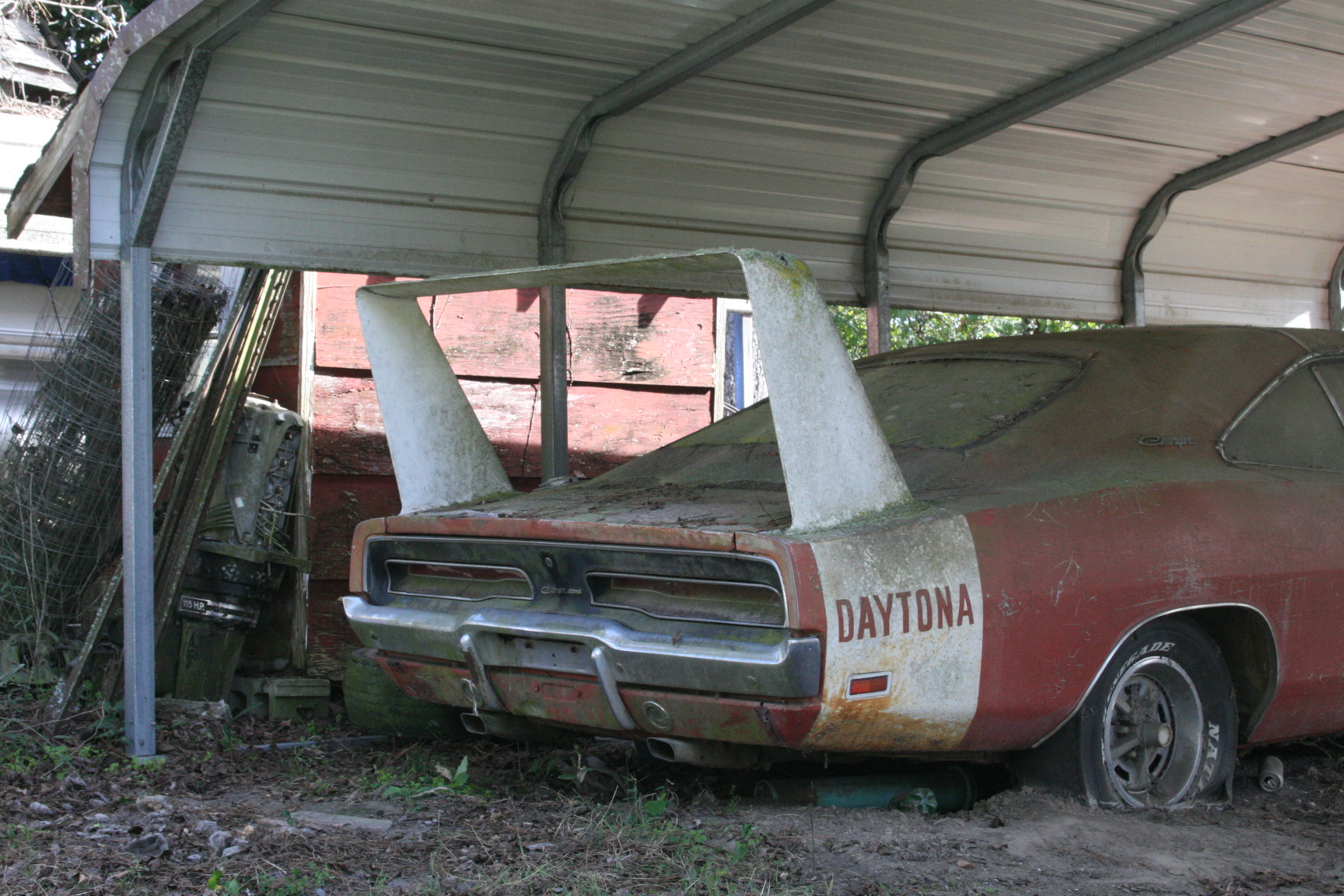 See unlike most people who hear of a old car in a Barn or field rusting away, and pass it off as yea right, we hold every story to be true to some degree or another. Thats why our trucks are loaded with miles, and our trailers have had more tires replaced then ten trailers have in their entire life time. Because unlike most, we go. We go anywhere, any time, and we look. Most are wild goose hunts, most tend to be true to 1 degree or another, whether its actually a car in the field but not actually what we was told it was, or that 20 years ago it was right their but now long gone. But we have to go, because to us this is just like treasure hunting but are gold is rust colored, and we are hooked. And every once in a while the story is true, and that car well that one story that is true, it just made up for every wild goose hunt or empty field. And this here is just one of those stories.

It all Started one day when a good buddy of ours showed us a few pictures on his phone of some nice looking cars sitting out in a field in the country, and passed on the owners cell phone number to us. Well one thing lead to another and the next thing I know my Dad is telling me we are going on a road trip several hours away and just get in the truck. And without even asking what we are going to look at I just got in the truck. But after 5 minutes and not even on the interstate yet, its already eating at me and im asking where we going and what are we going to look at. Well the field of cars turns out to have some truth behind it, he says, and the owner says he has a documented numbers matching 70 Ls6 chevelle in a barn he wants to sale as well. After a few hours of driving we jump off the normal path and into the back country we go. After reaching the guys house we spend several hours looking at countless mach 1 mustangs, 69 chevelles, roadrunners, a buick GS, and many more cars on the back side of this cow field. The amount of cool cars in this field was crazy, but the main one we wanted to see was put up inside the barn. Although the car was real, with a almost perfect build sheet and matching Protecto plate, the motor wasnt correct for the car, and the guy was asking just a little to much for the car for our taste. But after spending several hours with the guy, we ask him one simple question that would change everthing. We told him that we had been hearing some rumors about a 1970 superbird that in the 70s hit a hog on the nose and they changed the front end out for a plan roadrunner cap up in this area of the country, and if their was any truth behind it. He looks at us and laughs a little, and says sure is and you drove right by it on the way to my house. After the look of shock leaves are faces we ask him could he show us where at. He says ill show you the car, but for $500. Dad looks at him and with the kindness of words tells the man, that we dont pay people to show us cars, but if he showed it to us and we was able to buy the car that we would certainly pay him a nice finders fee. He agrees, and we jump in the Dodge and away we go.

After driving a bit, he says turn here and theirs the house. We both look at him and without blinking both at the same time say ok well where is the car. He laughs at how both of us say it at the same time, and points to the very back corner of the yard just past a older truck and a couple hondas, and under a tarp with the wing pocking out the back of it, is sure enough what appears to be a real superbird sitting their. After nocking on the door and get the man's wife to answer the door, she says he has had it for a very long time and says it aint for sale. SO, with the disapointment on our faces we hope back into the Dodge and start heading back to drop the man off back at his house. About half way their for some reason he looks at us and says well if you like wing cars, I Know where their is a real 1969 Dodge Daytona and Although that car has never been for sale I can show you it becasue its just up here.

By now you should know just what our answer was, so away we go. He tells us to turn left here, and then a right here, and around this corner slow down. He says to look up here behind that very old house, and under a little shed their is a big blue tarp, thats the car. See the owner covered the car up because he was tired of people seeing the car and stopping in and asking about. But unlike are normal style we didnt pull in to nock on the door, becasue are new friend says that no one lives at that house any more and he moved just up the road several house down. So after a very long and interesting day with our new friend, we take him back to his house and drop him off. As we are pulling out the driveway Dad looks at me and says we have to go back and atleast atemp to find the owner of the Daytona and try and look at the car. With my head shaking up and down, and YEP coming out my mouth, away we went. After nocking on several doors, and coming up on another house, it was Dads turn for this door. As im sitting in the truck several mins pass and here he comes walking around from in front of the house just a smiling and giving me a thumbs up. With the look of shock on my face, he hasnt even opened the door good, and im asking what is it. He smiles and says thats the owner and he's taking us to look at it. How he did it, at that time i didnt ask, because all i could think about was Im about to see a Real Daytona parked under a shed. As we pull back down the street to His old house, and round the corner up a dirt drive way and begin to look for that blue tarp, we both at the same time come to know whats actually under the tarp is the man's boat.

Yes you heard me right, a boat, I look over and Dad knows just why i have a crazy look on my face and says look just to the right, behind the old swing set and dirty old drum set, you can hardly see the outline of the wing. Well the car was real, as real as it gets when it comes to Numbers matching 440 automatic 1969 Dodge Daytona, but by no means did we end up buying the car that day. The owner simple said that the car wasnt for sale and had never been for sale, but he was happy to show it us. After thanking him and looking at the car for a bit and hearing  his story about how he bought it, he said a few words that would perk are interest. After telling about how he was the second owner and how the flames were painted on the car to head down to spring break in panama city beach, he says "you know what after all this time of having the car, i just know that i wont ever find the time to restore the car or do anything with it". We thank him once more and exchange numbers. The entire way back home, we are just over the top about what we had just seen, and Dad is just like i cant let that one go and i will be back in touch with him on a regualer basis to see if he is wanting and ready to sale.

Well weeks pass and then a month, every now and then i ask if he's talked with the owner of the Daytona and he replys that he texted or called a day or two ago. This rocks on, and although the memory of the car is still their the reality of owning it starts to pass. One weekend Dad and Mom say that are preachers Dad has passed and their going to drive down to pay their respect that weekend. Sunday while resting my phone rings, I pick it up and it says Dad. I answer the phone and he simple says that we got it. I say Got what and he says the Daytona. I say really, and he says he just texted me out of the blue and says i cant believe im saying this but if you want the car itll take this amount of money, and if you want it you can have it. Dad said that he simple replied ill take it, when can i pick it up. And the rest, well the rest is history.