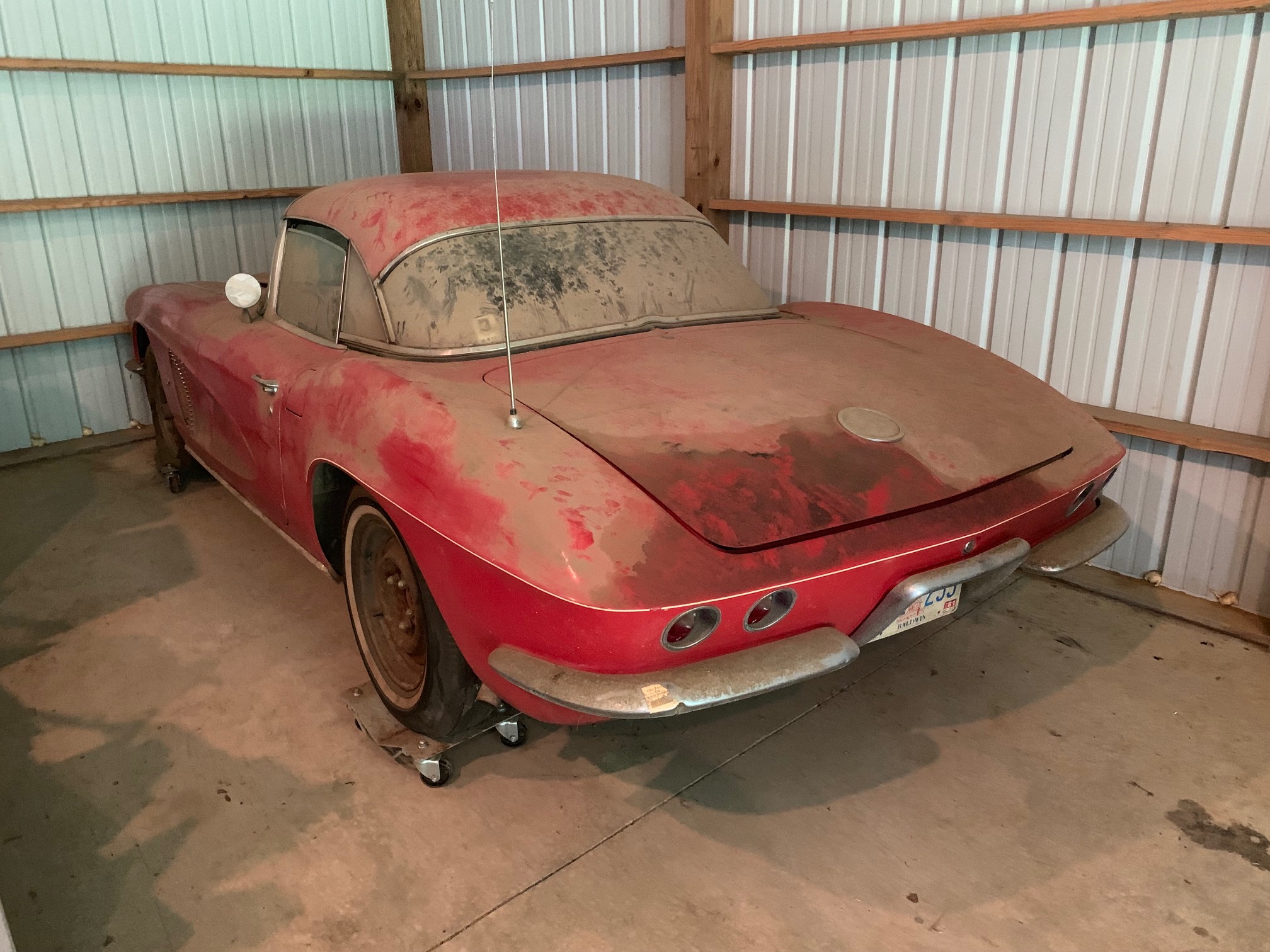 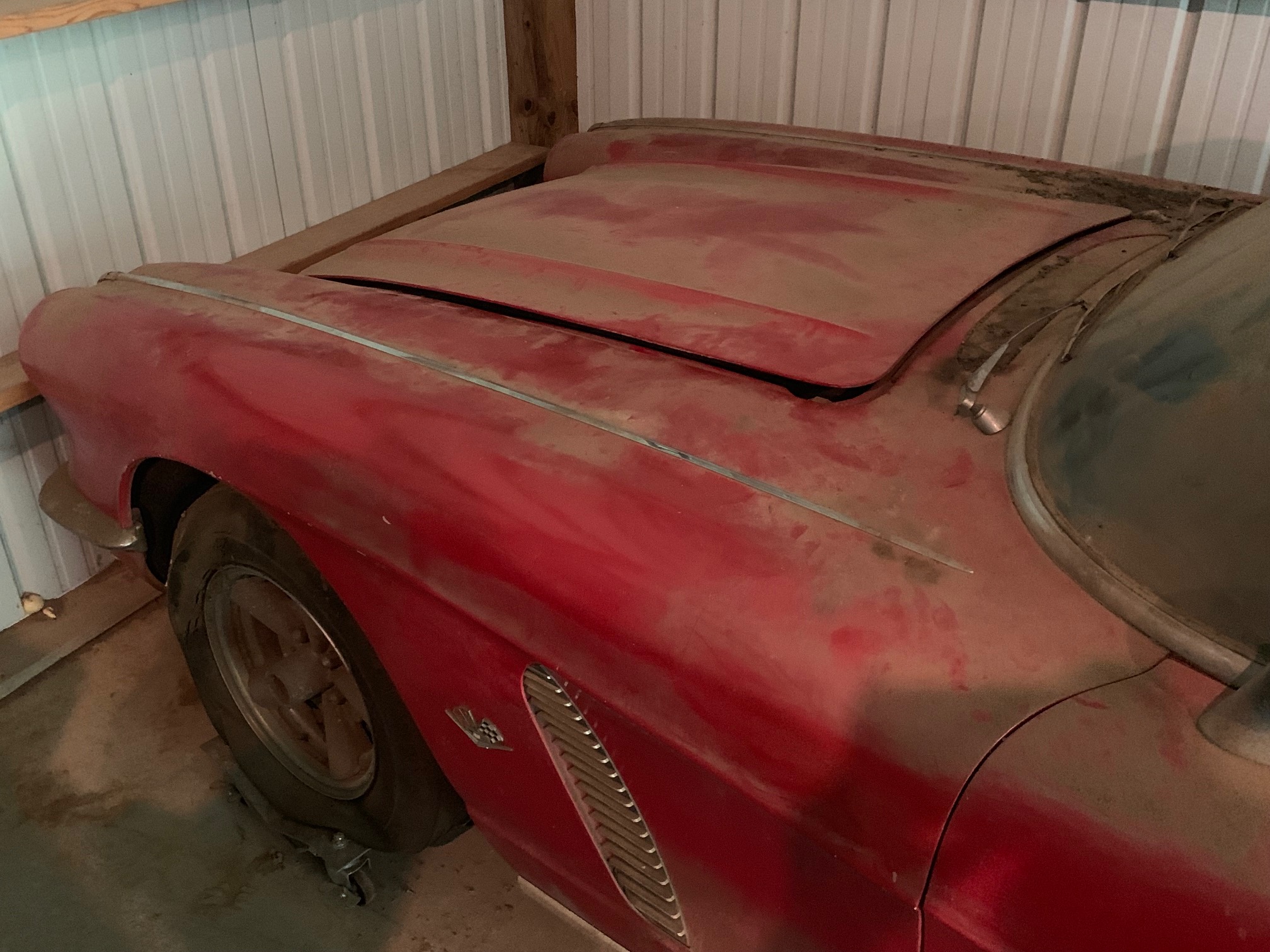 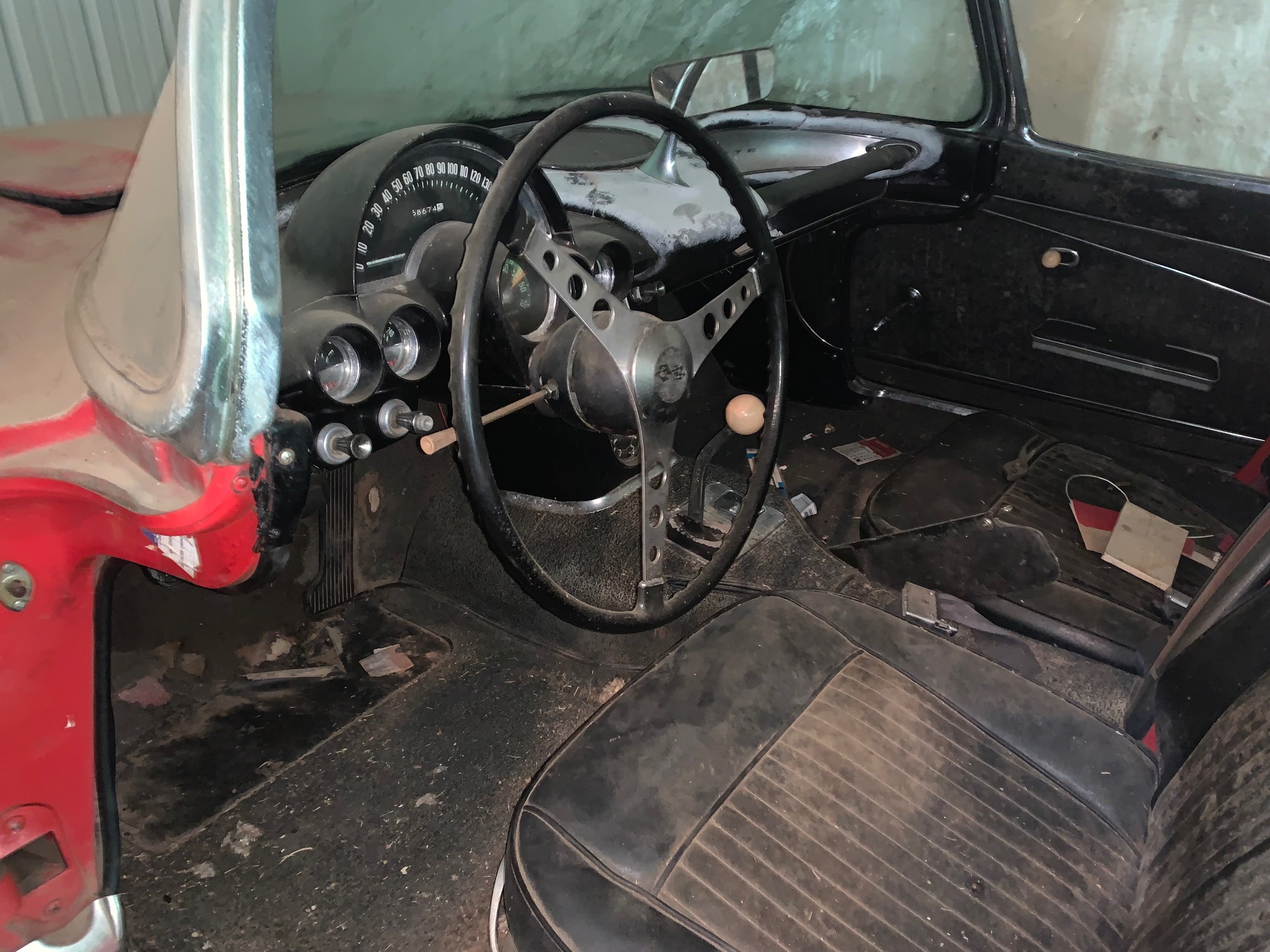 Little Red Corvette, and that is basically what she is, about as basic a 1962 Corvette as they can come. The Lowest of Horsepowers with a factory 3 Speed, 2 tops and a radio is about all the options you got with this one. But when a good friend of ours told us about this one in the next county over, not knowing anything about it but that it was an early corvette, you load up and go. And tucked away in this little garage, beside their Corn Field, in the Corner was this little Red Corvette. And Once removing all their storage boxes to be able to move it, we noticed just how original a little red corvette it was. Still Showing in its original Red Paint, Original Interior and Original Drivetrain, the car only showcased a few changes which were mainly maintance changes over the years. But after a deal was made and the car pulled out by a John Deere Tractor, the car was made running again after sitting since the 80s, and on the road again it now rides.