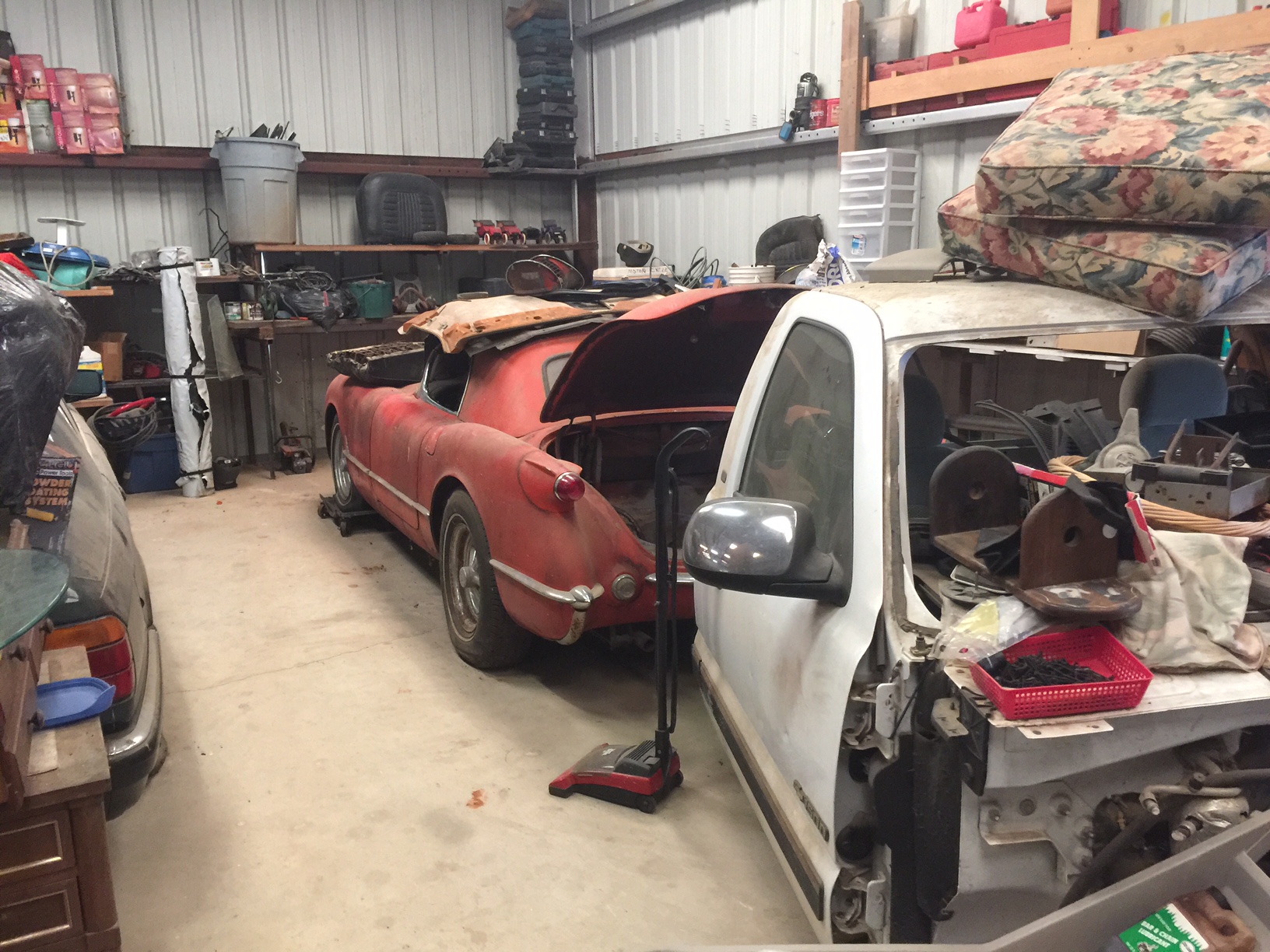 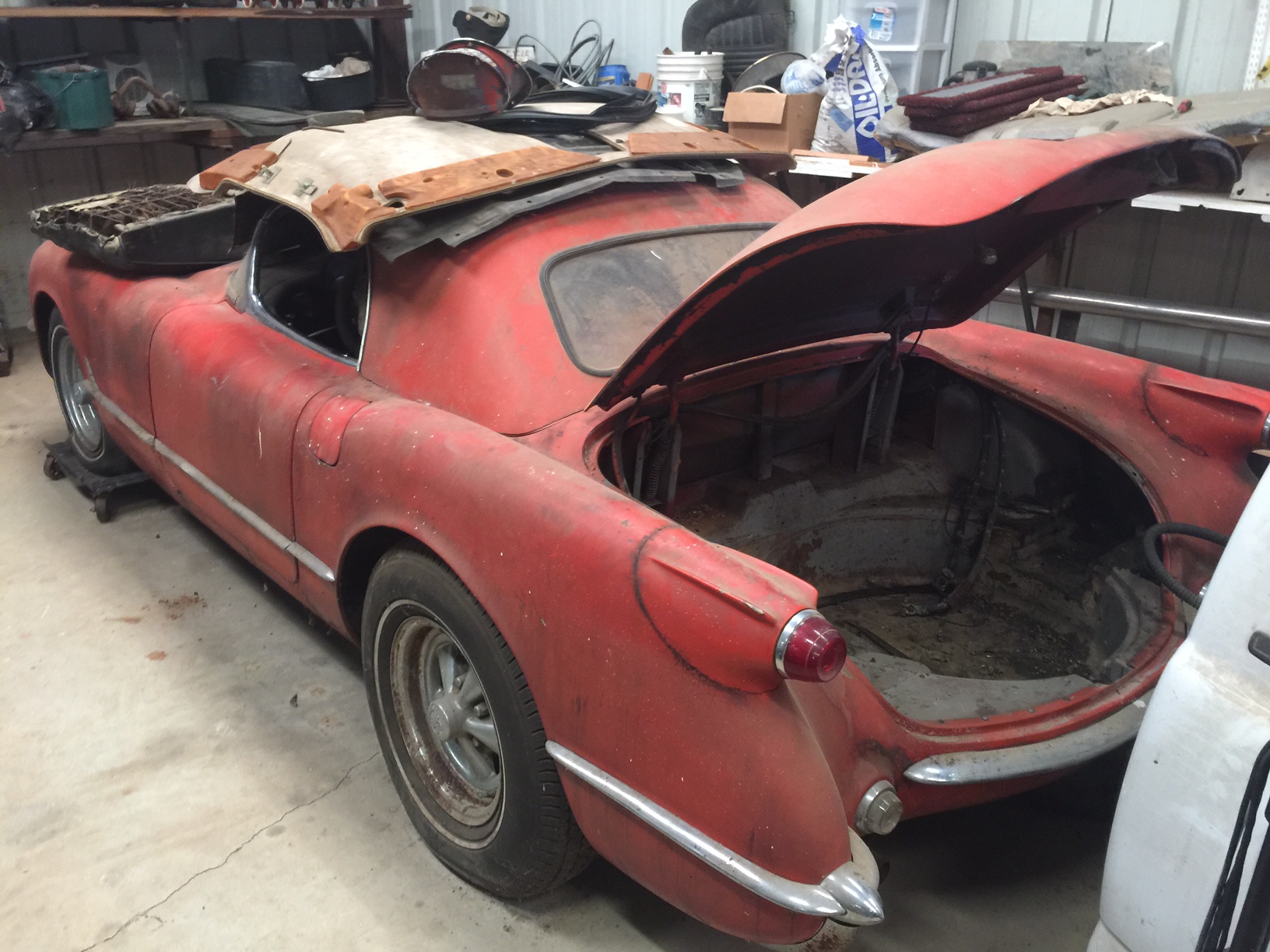 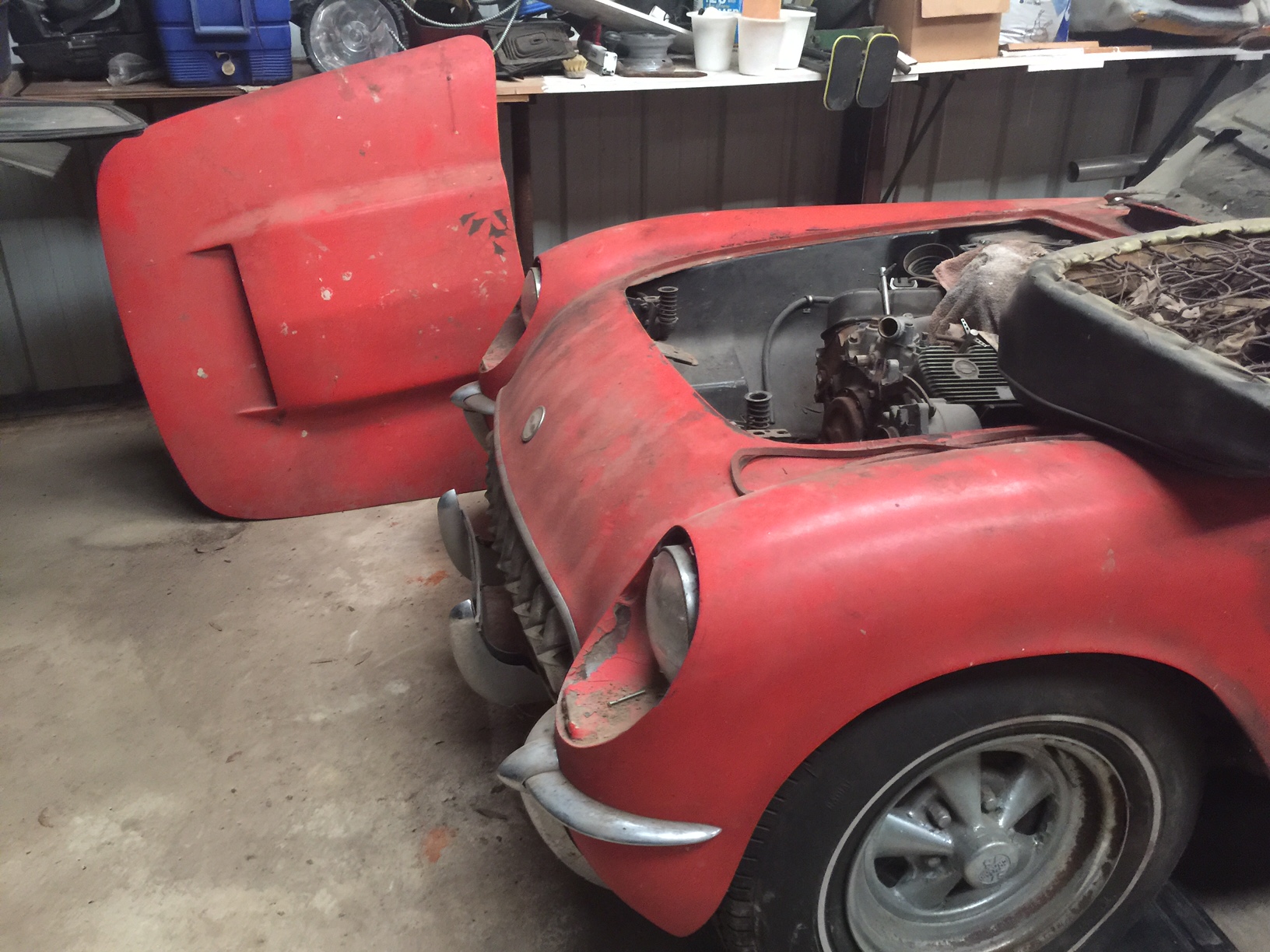 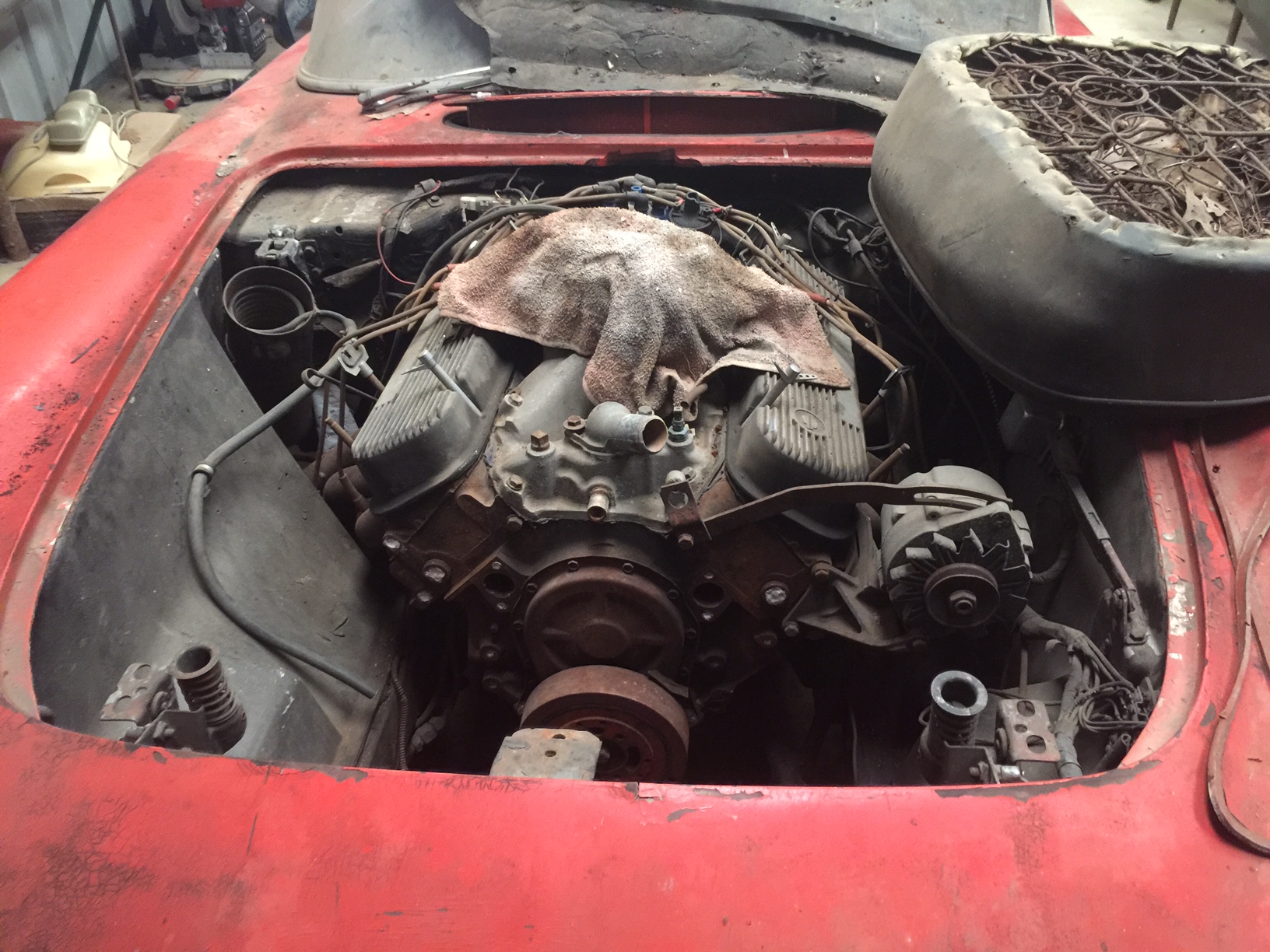 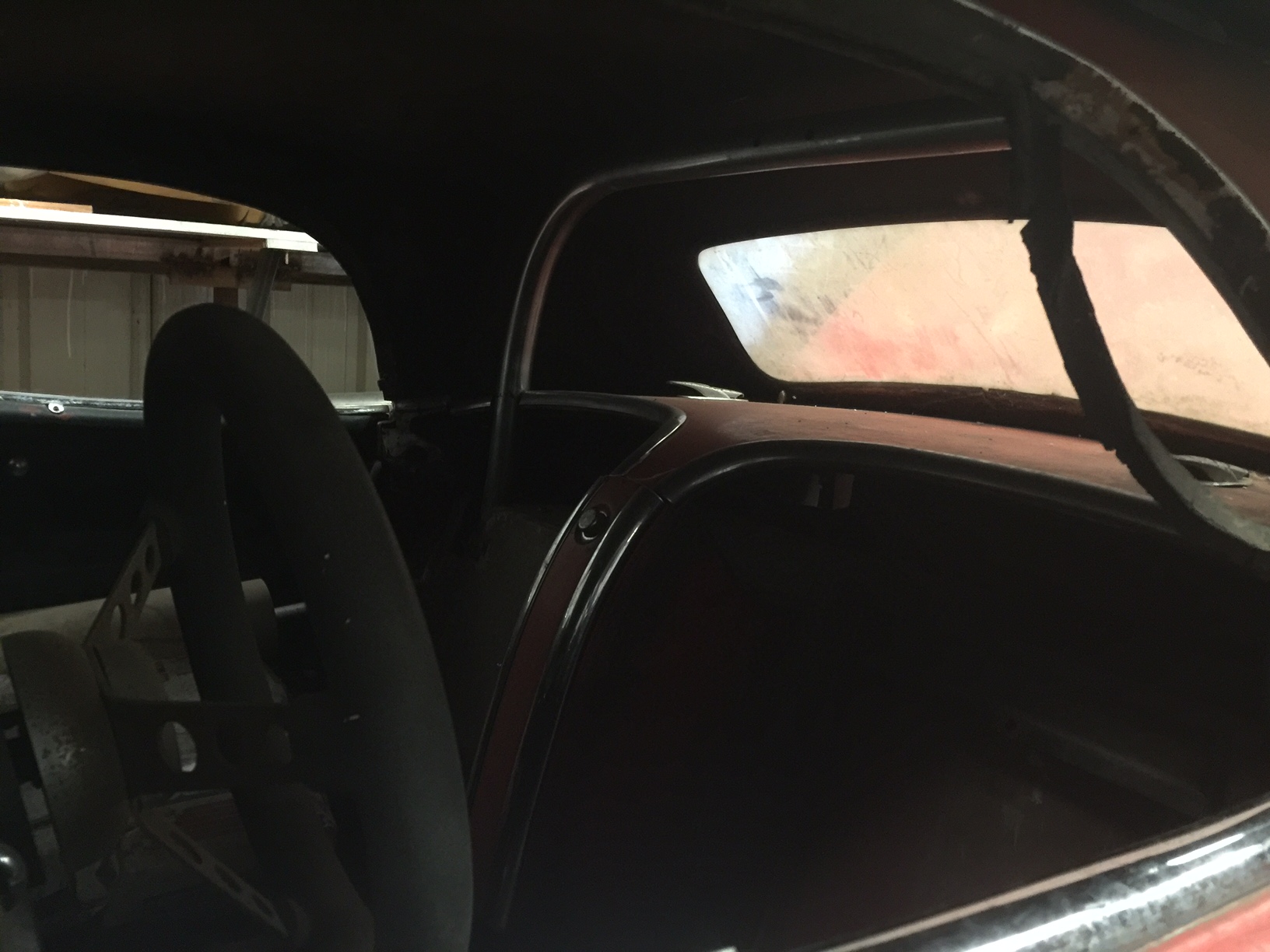 January 20, 2017, We got a call from a friend who just happens to be a FORD lover and wants nothing to do with a Chevy, about a 54 corvette gasser in a building way out in the woods. Well just like ever other time before we loaded up the truck and went out looking. Took awhile to find the specific spot, but their she was. A real Red 1954 Corvette tucked in the corner, former ISCA show car from the late 1960s. The car was bought buy the owners in 1969 straight off the show room, while being shown at a ISCA car show, and was never to see the light of day again. A couple cool features about the car, is the aftermarket hard top, chrome roll cage, battery moved to the trunk, swade carpet, aftermarket gauges in the dash, custom stinger hood, and of course a Real Deal 1969 Corvette 427/435 hp Big Block and Automatic stuffed under the hood. Very Cool Orginal Gasser/ Former Show Car thats going to see the light of day again.